Football Is Broken and So Are We | VALID | #TWIBnation 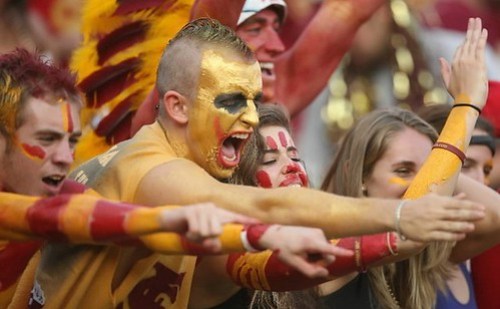 At just about every level, football has a problem. From the increasingly disturbing tales of Richie Incognito’s bullying and harassment to any number of recent stories involving communities protecting football players accused of serious crimes, we are, as a Twitter friend suggested earlier today, an “upside-down culture.”

And now there’s this:

The family of the woman who identified Florida State quarterback Jameis Winston as the man who sexually battered her criticized the Tallahassee Police Department Wednesday, saying a detective warned against proceeding with the case because Tallahassee is “a big football town” and she would be “raked over the coals.”

Of course, no one other than the victim and the perpetrator knows exactly what happened that night in December 2012, and it’s worth pointing out that the initial police report did not specifically identify Winston as the rapist. Moreover, the original report said the rapist was between 5’9” and 5’11”, whereas Winston is 6’4”, but we’re not all experts at determining the precise height of an assailant in the midst of a violent assault. And, in any event, the state of Florida now contends that DNA evidence links Winston to the crime.

Nonetheless, when the victim contacted police in the aftermath of the crime, she claims they tried to warn her against proceeding:

In early January, the woman identified Winston as the attacker. . . . The family became concerned that she “would be targeted on campus” and requested help from an attorney friend. The attorney contacted TPD Detective Scott Angulo.

“When the attorney contacted Detective Angulo immediately after Winston was identified, Detective Angulo told the attorney that Tallahassee was a big football town and the victim needs to think long and hard before proceeding against him because she will be raked over the coals and her life will be made miserable,” the [family’s statement] said.

Sigh. Here we go again. I’m not going to run through the litany of charges against football players for rape and other violent crimes. If you search terms like “football player rape charges” on the internet, the results are staggering: Page after page of newspaper articles and news reports of accusations leveled at high school, college, and professional players all across the country. And what happens when a victim reports such a crime? Communities rally around the accused players. The police shrug, or worse, discourage the victim from proceeding.

When the Richie Incognito story broke a few weeks back, Chicago Bears wide receiver Brandon Marshall, a former Dolphin, was one of the few NFL players who stood up for Jonathan Martin, Incognito’s victim:

“I also know it’s not an isolated incident,” Marshall said. “It’s unfortunately the culture of the NFL.”

“Look at it from this standpoint,” Marshall said. “Take a little boy and a little girl. A little boy falls down and the first thing we say as parents is ‘Get up, shake it off. You’ll be OK. Don’t cry.’ A little girl falls down, what do we say? ‘It’s going to be OK.’ We validate their feelings. So right there from that moment, we’re teaching our men to mask their feelings, to not show their emotions. And it’s that times 100 with football players. You can’t show that you’re hurt, can’t show any pain. So for a guy to come into the locker room and he shows a little vulnerability, that’s a problem.

“That’s what I mean by the culture of the NFL. And that’s what we have to change. So what’s going on in Miami goes on in every locker room. But it’s time for us to start talking. . . . Because the (longer) it goes untreated, the worse it gets.”

But it’s more than that, isn’t it? Sure, the culture of the NFL exacerbates the kind of macho nonsense Richie Incognito engaged in – and we shouldn’t make light of Incognito’s actions; he was accused of sexually assaulting a woman at a golf outing, too – but when we accept a state of affairs where football players are subject to a different set of rules than everybody else, we’re as much a part of the problem as the institutions that employ them. When the police caution a victim that she may not want to press charges because society at large will pillory her for it, we are, in fact, worse than the sports leagues and teams and schools that elevate football players to godlike status. Because they couldn’t do that without our willing participation.

And as long as that goes on, we are, indeed, an upside-down culture.