Torture, Fort Hood, and the Legacy of War | VALID | #TWIBnation 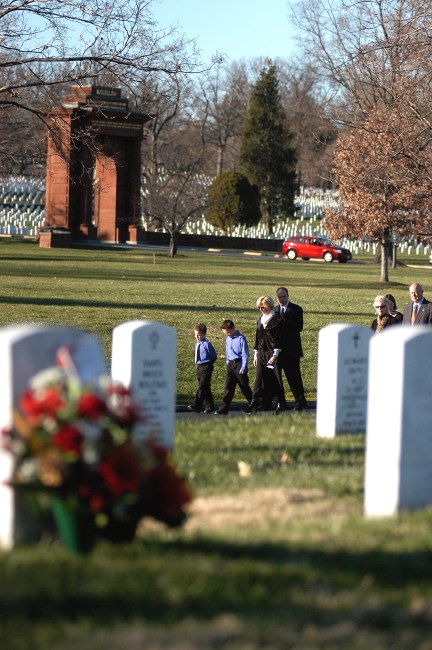 “…Any man’s death diminishes me, because I am involved in mankind; and therefore, never send to know for whom the bells tolls; it tolls for thee.” -John Donne

This week, we learned so much that we already knew, but did not want to know, from the Senate report on the CIA. The CIA used to run a program for torture, once called “enhanced interrogation.” The CIA developed its torture program on their conviction that torture is necessary because it works: it gets us the information that we need to save American lives. For more than a decade now, they’ve defended torture on this basis. “We’re really, really sorry ma’am. Sir. We wish we didn’t have to torture people. But we do, for you, sir. To keep you safe, ma’am. In order to save American lives, and in your name and with your tax dollars, it is necessary to break down the lives of prisoners.”

It seems to hardly worth mentioning that American lives must be much more important than the lives of the people Americans torture and kill, since the CIA, acting in our name, had no qualms about doing horrible things in order to keep Americans “safe.” After all, if it is the prisoner’s life versus your own, there’s no contest, right? I have to live. He has to suffer. He has to die.

But that’s a lie, and it always was. Torture didn’t save one American life. Torture didn’t get one piece of valuable intelligence. It was a failure from the start, not only morally (like we always knew it was), but tactically. Torture does not work, full stop. But the CIA kept breaking down prisoners’ bodies in “black sites” all over the world, even as they knew that they were not gaining any effective intelligence from doing so. Why, then, did they keep torturing? Did they think if they just did it enough, that it would work? Did they see no other way? Or maybe, did they dehumanize their victims and everyone like them to such an extent that they, in fact, wanted to keep torturing them?

Torture’s a lot worse than ineffective. It breaks down both the humanity of the person being tortured and that of the one administering the abuse. All violence is like that. War is like that. War stays with the people who fight, the people who witness; war exists right now in the daily lives of the residents of Iraq and Afghanistan, and those displaced from those countries by American wars there. And war stays with the perpetrators, with Americans, as well.

Wednesday, a veteran of the American occupation of Iraq killed at least three people and wounded 16 at the military base in Fort Hood, Texas. This is the second recent shooting at Fort Hood; in 2009 an army psychiatrist killed 13 people and wounded 32 others there. He has since been sentenced to death.  He tried to kill himself after killing 13 of his fellow troops. He failed, unlike the 22 American veterans who commit suicide every day. All that war, death and more death, it stays in the lives of the people who lived it.  It comes home with them.

We can have a national conversation about how to fix the skyrocketing rates of suicide, of PTSD, of alcoholism among veterans. We should. We owe it to those who have served our country to support them every way we can. But when do we have the conversation about how war breaks even the people who live through it? When do we admit that it is a lie we tell ourselves, that American lives matter more than other human lives? When do we talk about the legacy that violence and occupation leaves in Americans?

Our jingoistic and belligerent cultural narratives would have us believe that the soldier who kills or tortures people can do so in a vacuum, removed from his own morality and his awareness of his shared humanity with the enemy. He cannot. Or, perhaps those messages simply say that a soldier knows he has killed, or contributed to killing, but that honor and patriotism can cleanse him of those crimes. They cannot. Violence harms the abuser as well as the abused. American lives, like the lives of those we kill, are too precious to be wasted in senseless slaughter. We owe it to ourselves to create a national identity that rests on something other than our ability to kill and conquer, if we want to create a country where it isn’t so devastatingly common to see us killing ourselves.

Rad-Femme Lawyer is a practicing litigator living in Chicago, and a contributor of legal information and opinions to #TWiBNation, Her professional concentrations are commercial and securities litigation, and she also does pro bono work in special education access and employment discrimination.

View all contributions by Rad-Femme Lawyer