A Lethal Game of “Cops” and “Robbers” | VALID | #TWIBnation

On July 5th, Dr. Shiping Bao, the medical examiner who autopsied Trayvon Martin, took to the stand in the George Zimmerman murder trial to discuss new revelations he had gained from dealing with a recent shooting, one remarkably similar to that of young Martin. When pressured by the defense attorney to explain how remarkably ‘convenient’ it was for the doctor to change his mind when presented with new evidence, Dr. Bao replied with one of the most vehemently reasonable statements I’ve seen in ages.

“We have a case very similar to Trayvon Martin’s case three weeks ago. First, I need to explain to you what is opinion. Opinion can be changed. That’s why you asked jury to be open minded, to have open mind, right? Opinion…there’s no truth or force, just right or wrong. If you have new information, you have new experience. If you read a new book, you will change your opinion. If someone never change opinion, you can call mentally retarded or you never learn, right?”

While I can’t cosign the letter of Dr. Bao’s closing statement in that last sentence, but I can certainly endorse the spirit. Over the course of millenia, our society has always been conditioned to accept opinion as fact, and to allow either crippling apathy or hysteric tribalism to override our good judgment. Nowhere is this more apparent than in the way the George Zimmerman murder trial is being handled by everyone involved.

The trial has been a complete shit show from Day One, one of the worst of 2013 so far. Dr. Bao’s words cut to the heart of the matter with dazzling precision. Both the prosecution and the defense have been injecting a heavy dose of racial politics into the case, whether intentionally or otherwise. Various media establishments have then ratcheted up those politics to a fever pitch, inflaming people’s prejudices through a shameless parade of legal porn simply to curry ratings. As a result, it has become incredibly difficult for most people to discern that there are actually two conversations going on here: a broad discussion on racism and racially motivated violence, and a narrower discussion on the legal implications of Florida’s Stand Your Ground law. While two are undeniably linked in this particular case, the latter is the one that will ultimately decide George Zimmerman’s fate, as well as the future of the Stand Your Ground law itself. As such, it’s really the only one that belongs in the courtroom. 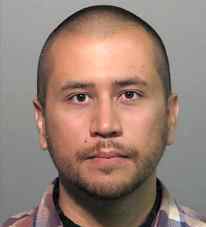 There’s no denying that race was a factor in Trayvon Martin’s death, but that’s not what the prosecution needs to prove to win this case, nor do they much need to. What’s not being discussed by the prosecution at present is the fact that George Zimmerman’s so-called ‘neighborhood watch’ – an organization traditionally formed to observe and report, not to intervene – was essentially a one-man operation, neither sanctioned nor supported by the community in which he lived, and was ‘started’ by a wannabe hero cop with some pretty obvious delusions of grandeur, not to mention a previous record of violent offenses.

Evidence shows that the young Trayvon Martin was a new face in the neighborhood, and that there had been a rash of robberies in the area prior to his arrival. Correlation does not equal causation of course, but given the circumstances, Zimmerman’s decision to call 911 and report a suspicious person was not entirely uncalled for. However, deciding to intervene and pursue against the advice of the 911 operator most certainly was, and while that isn’t make it illegal, it is highly objectionable. 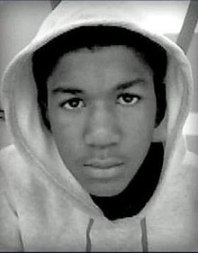 In the end, this case really comes down to the that age old question: who started it? Zimmerman or Martin? As someone walking down the street who suddenly realized he was being followed, Martin then chose to confront his pursuer, taking his life into his own hands. In these circumstances, had he lived through the altercation rather than Zimmerman, Martin would be well within his rights to claim the Stand Your Ground defense. While it would be an interesting academic exercise, speculating on how any sort of role reversal would be handled by the media only serves to raise the blood pressure, and distracts from the real issue at hand, which is the claim that Martin started the altercation when he confronted Zimmerman. It seems obvious to all that if Zimmerman had just followed the advice of the 911 operator, Martin would most likely still be alive. Roughed up and thrown in a holding cell by the cops for the crime of being a black kid in a white neighborhood perhaps, but alive. To claim anything else is to blame the victim for defending himself.

The most critical component in this case is the question of motive, and how it plays into the prosecution’s pursuit of a second-degree murder charge. To land such a conviction, a jury will have to find that Zimmerman acted with “ill will, hatred, spite, or an evil intent” in shooting Martin, according to Florida law. But the evidence doesn’t paint a picture of Zimmerman as a cold-blooded killer, so much as of a well-meaning, yet incredibly inept bungler with a hero complex who bit off more than he could chew, and when backed into a corner, shot and killed an innocent teenager. Time spent trying to prove Zimmerman’s racism feels like time spent trying to commute opinion into fact, an exercise in futility demanded by charges that are clearly motivated by a public thirst for social justice. Focusing on a lesser charge, like manslaughter, would have allowed the prosecution to pursue a different, more compelling narrative, one with a lower burden of proof based upon the evidence at hand. Never mind the reason behind the vigilantism; Zimmerman wanted to play ‘hero cop’, and it cost a kid his life. While that may make him many things, a dispassionate killer likely isn’t one of them. But that shouldn’t let him off the hook, either.

Closing arguments from the prosecution were heard in Zimmerman’s trial on Thursday, and they seemed to have gotten their narrative largely straightened in a vacuum of popular opinion, at least. CNN reports:

“De la Rionda characterized Zimmerman as a wannabe police officer who wrongly took the law into his own hands and pressed the fatal encounter with Martin over what the prosecutor called a series of incorrect assumptions about Martin’s motives.

“A teenager is dead through no fault of his own, dead because a man made assumptions and acted on them. Unfortunately, because his assumptions are wrong, Trayvon Benjamin Martin no longer walks on the earth,” de la Rionda.

“He profiled him as a criminal. He assumed certain things, that Trayvon Martin was up to no good. And that’s what led to his death,” de la Rionda said before going on to attack many defense arguments about what happened that rainy night.”

Zimmerman will not be taking the stand in his own defense, so we’ll never get to find out what particular shade of bigot he is. Judge Debra Nelson ruled that jurors will be allowed to consider a manslaughter charge over second-degree murder in their deliberations, which would explain the prosecution’s rather sudden shift in narrative. Only time will tell if it’s not too late to for them to nail a conviction.