The Constitution vs. the Shutdown | VALID | #TWIBnation 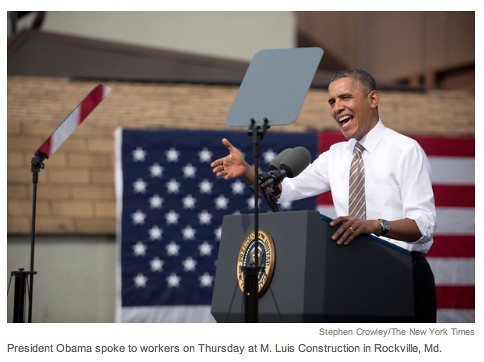 Right about now, you’re probably asking yourself this burning question: What does the Constitution say about the government shutdown and the national debt?

Aside from passing budgets and raising revenue, the Constitution grants Congress the power to “borrow money on the credit of the United States” (U.S. Const., Art. I, § 8) – meaning, of course, that it has the power to create the national debt in the first place. More than that, the Fourteenth Amendment specifically provides:

The validity of the public debt of the United States, authorized by law, . . . shall not be questioned.

On the surface, the phrase “shall not be questioned” might imply that no one outside the government can question the national debt, but that’s not how the Supreme Court has interpreted it. Rather, in Perry v. United States, 294 U.S. 330, 354 (1935), a case involving World War I treasury bonds, the Court explained:

The Fourteenth Amendment, in its fourth section, explicitly declares: ‘The validity of the public debt of the United States, authorized by law, . . . shall not be questioned.’ While this provision was undoubtedly inspired by the desire to put beyond question the obligations of the government issued during the Civil War, its language indicates a broader connotation. We regard it as confirmatory of a fundamental principle which applies as well to the government bonds in question, and to others duly authorized by the Congress, as to those issued before the amendment was adopted. Nor can we perceive any reason for not considering the expression ‘the validity of the public debt’ as embracing whatever concerns the integrity of the public obligations.

In other words, Section 4 of the Fourteenth Amendment means that Congress cannot repudiate lawfully incurred debts of the United States.

Delving into the history behind Section 4 in connection with the 2011 debt ceiling debate, Jack Balkin of Balkinization explained that “[i]t was stated in broad terms in order to prevent future majorities in Congress from repudiating the federal debt to gain political advantage, to seek political revenge, or to try to disavow previous financial obligations because of changed policy priorities.” As Balkin points out, the proponents of the Fourteenth Amendment were particularly keen on ensuring that the United States would not be held accountable for the debts of the former Confederacy, but that wasn’t the only concern that motivated Section 4:

Senator Benjamin Wade of Ohio was a leader of the Radical Republicans and the President pro tempore of the Senate. . . . [Wade argued] [i]t was also necessary to guarantee the Union debt, because former rebels or rebel sympathizers who returned to Congress after the war might, out of selfish or malicious motives, seek to prevent Union soliders and their widows from being compensated. Moreover, there was no guarantee of what a later Congress, motivated by different priorities, might do. Shifting majorities in a future Congress might be willing to sacrifice the public debt or the interests of pensioners in the name of political expediency. Thus, it was as important to guarantee the Union debt as it was to repudiate the Confederate debt.

So Wade proposed language that would have provided: “The public debt of the United States, including all debts or obligations which have been or may hereafter be incurred in suppressing the insurrection or in carrying on war in defense of the Union, or for payment of bounties or pensions incident to such war and provided for by law, shall be inviolable,” which is, of course, very similar to the final language of Section 4. In support of his proposal, Wade said:

I believe that to do this will give great confidence to capitalists and will be of incalculable pecuniary benefit to the United States, for I have no doubt that every man who has property in the public funds will feel safer when he sees that the national debt is withdrawn from the power of a Congress to repudiate it and placed under the guardianship of the Constitution than he would feel if it were left at loose ends and subject to the varying majorities which may arise in Congress.

Balkin goes on to provide quite a bit more detail from the legislative history of Section 4, but Wade’s comments – particularly his statement that “the national debt [should be] withdrawn from the power of a Congress to repudiate it” – are particularly resonant today. If the purpose of Section 4 was to prevent Congress from repudiating the national debt forever into the future, then it logically follows that Congress is now obligated to pass a “clean” resolution – that is to say, without strings attached – to pay bills the government has already incurred.